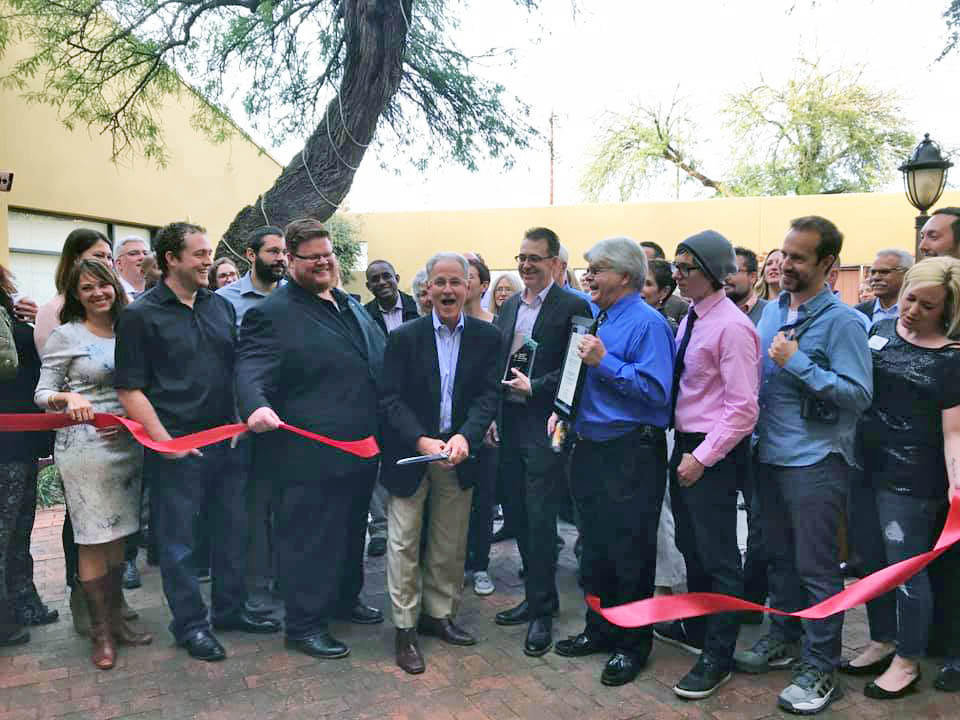 Last night the SGNT team took a moment to celebrate. If you’re reading this blog or have been following us, you’re probably familiar that a lot has been happening. Nevertheless, I should still re-cap.

Last month SGNT received an SBIR Phase 1 grant from the National Science Foundation (NSF) for a sum just shy of $225k. While we have been talking about it a lot, we took the opportunity to make an official press announcement. Additionally, we have been super fortunate to have the support of organizations like Startup Tucson and the Tucson Metro Chamber. Back in December Amber and Adam at the Chamber reached out to us to offer support and office space – which was perfect timing since we needed an office!

This all lead up to last night’s event – a three-way press conference and celebration. We had our joint press conference announcing the grant and the partnership, had our ribbon cutting, and combined it all with the monthly Chamber mixer. Needless to say, the event was fantastic! I don’t have an official count, but my gut says we had about 150 people total throughout the afternoon. Tucson Mayor Jonathan Rothschild also showed up to speak at the press conference and cut the ribbon!

I’m really leaving out a forth party in the celebration though – which is the community. None of our organizations would be here today if we didn’t have the community in Tucson that is collaboratively working together. As a Tucson native we have an old saying – Tucson is a huge “small-town”. It’s hard to go somewhere or participate in something where you don’t have a true local connection. Even though Tucson has grown significantly, I still believe this holds truer today that it used to.

That pretty much covers what the event was, so I’ll dive into the reflection in part 2.

Tommy R
February 27, 2019
SGNT, INC.
Sign up for our newsletter
Thank you! Your submission has been received!
Oops! Something went wrong while submitting the form.